When you find people burning money on the streets of Beijing as colourful kites fill up the sky, do not be alarmed; it just means it’s the Qingming Festival! Every year in early April, the Qingming Festival, also known as the Tomb Sweeping Day or Pure Brightness in English, it usually falls on the 4th or 5th of April, and in the year of the Geng Zi yang metal Rat 2020 the date is the 4th April and in 2021 year of the Xin Chou yin metal Ox it also falls on the 4th April.

According to the traditional Chinese solar calendar, Qingming is the 2nd of the 24 solar terms. It is the time that marks the beginning of the new season as the warmth of green spring envelopes us in a hug. It is a day where families get together to celebrate the circle of life, cherish the present, and pay respects to the past.

Worshipping and paying respects to the previous generations after they’ve passed is an integral aspect of the Chinese culture. The importance of ancestry and remembering the dead is a common practice, and they dedicate this festival to caring for the burials of their loved ones and keeping their memory alive.

When did Qingming begin?

Its origin dates back to over 2500 years in the Zhou Dynasty. It was started by the emperors and aristocratic families of the past to honour their ancestors. They offered sacrifices and prayed for blessings, peace, harvest, and good fortune for their country. It dates back to the time when the Duke Wen declared a period of three days without fire, resulting in only cold food being eaten to mourn his loyal servant, Jie Zitui.

In the year 732, Emperor Xuanzong of the Tang Dynasty declared the first day of the Qingming solar term as when one can formally pay respects at the graves of their loved ones. Since then, it has become a popular tradition for rich and poor, both alike and has lasted the entire millennia.

How is Qingming Celebrated? 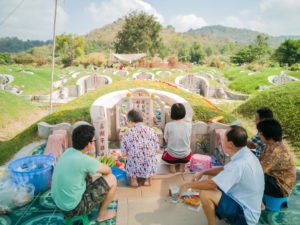 It’s a day filled with rituals, out of which the most important is visiting and cleaning the graves of one’s ancestors and placing fresh flowers like lilies and chrysanthemums. Offerings of food are made, and incense is burned to honour their souls. They sweep the tomb, remove dirt and weeds, add fresh soil and stick willow branches, flowers, or plastic plants. People burn money on the side of the road. It’s believed that this will allow the dead to buy whatever they want in the afterlife. A clean gravesite lets your ancestors know that they’re in your thoughts.

Also known as Taqing Festival, this day is just filled with activities. Tàqīng (踏青) means an outing in the spring. This event is for the people to enjoy April’s perfect spring air since people don’t do that often. One of the popular activities of this day is kite flying. It is a popular tradition to fly a kite with a coloured lantern tied at the end of it. It is believed that if you let go of the kite, it will ward off diseases and bring prosperity and good luck.

Willow is considered as a magical tree in Buddhism and the Goddess of Mercy Kwan Yin. In traditional pictures, she is depicted as sitting on a rock with a vase by her side. The vase contained water and willow branches, and she used this mysterious water to ward away demons. An old saying says, “Putting willow branches on the gates drive away all the ghosts and evil spirits away from your house.”

A Kwan Yin statue is a special cure and enhancer and most southeast Asia homes will display them all year round but at Qing Ming it is cleansed to the highest level as it is used to protect and enhance relationships and also to protect against physical and psychic attack.

Also known as Quan Yin Goddess of mercy and compassion; it is said that anyone who calls on her will be rescued from harm and bad health.

When placed in a room she cleanses the home of negative influences, including arguments, martial problems and illness. Kwan Yin is also the protector of all children and women and brings compassion and love into your home.

Old and young, all come together to enjoy this custom of flying kites. What makes it so unique is that kite flying is not restricted only to the day time. In the evening, they tie little lanterns at the end of the strings tied to the kites and thus when the kites fly in the evening, they look like twinkling stars. It’s said to eliminate health diseases and bring good luck to you. Therefore, you may find paper kites lying on the grounds in parks. It is popular throughout China, and people do this throughout the entire country.

The day before the Qingming Festival was the traditional Chinese Cold Food day, but later these two days were combined into one. On the cold food festival, they would use no fire and only eat cold food the entire day. Many people in some places still follow the tradition of having cold food at this festival.

The traditional festival staples are sweet green rice balls, peach blossom porridge, crispy cakes, Qingming snails, and eggs. These foods are usually cooked one or two days before the Qingming festival for people to enjoy.

Qingtuan, Green Dumplings are the most popular Qingming food, it’s made with a mixture of rice powder and green vegetables. These jade green looking dumplings are yummy and incredible in the aroma as well! Sazi, Hanju, or Qingming cakes are crispy fried food that is made from wheat flour, rice flour, sesame, onion, and other ingredients. Qingming snails are tossed in onions, ginger, soy sauce, cooking wine, and sugar. Peach blossom porridge is made with fresh peach blossoms and rice, cooked to perfection.

Celebrating the circle of life 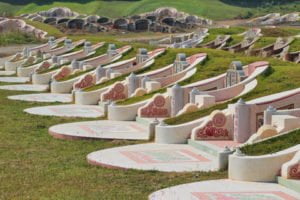 This tradition does date back to thousands of years, but it’s fascinating to see how it’s celebrated today. Today, it’s about paying tribute to your ancestors and loved ones, caring for their graves, and spending time with nature. It’s time to rethink what we’re thankful for and cherishing the simple things in life. Qingming Festival highlights that there’s a lot to be grateful for, and death is just a natural part of life.

Do we use Feng Shui to bury the dead?

Feng Shui is commonly used in Southeast Asia and used to find a suitable burial site; It is called Yin House Feng Shui, the location of the grave and surrounding natural environment can have a significant impact on the destinies and well-being of the ancestors for many years and this a very important time at Qing Ming. If you follow this link, you will find more details.

In order to make the most of July, the Horse will need to stay focussed on their work and work hard for positive outcomes. Overall, July is looking to be a good month for the Horse and one where they can accomplish a lot throughout the month. Have a great July. To enhance 2014 take […]

April 2006 Almanac (Tong Shu) © Michael Hanna 2006 *** ‘Many people suffer poor health, not because of what they eat, but what is eating them*** Are you prepared for 2006? A Chinese almanac (Chinese calendar) or `Tong Shu’ ‘Tung Sing’ is based on the lunar cycle, providing a guideline that either promotes or […]

Flying Star Analysis for May 2015

Rate this post Hi everyone, The May 2015 Flying Star Analysis is live on the site and can be viewed by clicking the link below. I hope you all enjoy reading. Wishing you a great day, Daniel May 2015 Xuan Kong Flying Stars Analysis Added April 2015 See how to make the most of your home or business in May 2015 […]