The Earth Tiger is a very responsible person and is a very level headed and reasonable person. They study everything independently and will always try to be thoroughly fair in all their decisions.

They are prepared to dedicate themselves to certain areas rather than get sidetracked by other issues. They can however get quite involved in what they are doing and may forget to consider the feeling of others around them. They have good business sense and are usually extremely successful in later life. They have a large circle of friends and pay a lot of attention to their appearance and love having a good reputation.

The Tiger is an extremely daring person. They are very charming figures and usually have very firm views. They are strong minded and determined and perform all their tasks with excitement and importance. They are extremely alert and quick witted and their mind is everlastingly active. They are original thinkers and are always crammed with new ideas or full of interest for some sort of new project or scheme.

The Tiger is always enthusiastic about getting involved in a challenge and anything that he might think has an interesting future or something that catches his imagination.
He is prepared to take risks and does not like to be bound either by convention or the dictates of others.

The Tiger is prepared to take risks and do not like to conform to the rules of others.They like to be free to act as they decide and at some point of their life will have a spontaneous outbreak and do things exactly how they want to do. The Tiger can become restless from time to time.

They may be often prepared to put 110% into a project but their initial enthusiasm can soon wear off if they find something that seems more appealing to them. As you should be able to tell from this, Tigers can be rather impulsive, this may cause regrets later in life. If they were to sit back and think things through or be prepared to stick with one project at a time, they would almost certainly enjoy a greater degree of success.

Fortunately for the Tigers, they are lucky in most of their enterprises, if things do not work out as they had hope they may find that they are suffering from depression which will take a long time to recover from. Tigers are very adaptable people with an adventurous personality which results in them rarely staying in the same place for too long. They are likely to try a series of different jobs which will result in them moving around.

Tigers are very honest people and never hold secrets from others around them as they hate liars and insincerity. They are also well known for being blunt and straight to the point as they will never hesitate or hold back when speaking their mind. They can be defiant at times especially when it comes to authorative figures, this can cause arguments with others. They will never back down and will always stand up for what they believe in.

The Tiger is a natural born leader and can rise to the top of their workplace; they do still need to work hard to achieve this though and it does not come to them just by sitting back and doing nothing. They are not interested in any professions that are too bureaucratic or technical and do not like to obey orders. Tigers can be very stubborn and pigheaded. Throughout their life they will want to retain a certain amount of independence in their actions and do not like the idea of being responsible for anybody other than themselves. Tigers like to consider that all their accomplishments are all due to the fact that they made them happen and received no help from anyone else. They hate asking for help from others unless it is completely vital.

Tigers may have great self confidence and leadership qualities but this does not stop them from being indecisive, they will often delay making major decisions until as late as possible. Tigers may take criticism as an insult. The Tiger is capable of earning a considerably large amount of money although they tend to squander their money and not save for a rainy day. Tigers can very generous and may often shower their loved ones with lavish gifts. To a Tiger, reputation and self image of dignity and authority is everything, they love to be the centre of attention. They are very good at attracting publicity for themselves and for the causes they support.

The Tiger will often get married at a young age; the best suited animals for the Tiger are Pigs, Dogs, Horses and Goats. They can also get on well with the Rat, Rabbit and Rooster, they will however, find it hard to associate themselves with the Ox and Snake as these two animals are generally a lot more quiet and serious compared to the Tiger. They will be very uncomfortable around Monkeys and will get annoyed by their playful and curious characteristics.

Tigers will also find it difficult to get along with another Tiger or a Dragon; both partners will want to dominate their relationship and they could find it hard to compromise on even the smallest of matters.

If you would like to find out more about your Chinese Animal and your Gua number, I would recommend taking a look at our online reports. Every aspect is analysed individually and considerations like which direction to face when working sleeping, meditating, reading, studying and all others aspects of your daily life including which colours are more auspicious for you, who you are compatible with, how to attract more money, relationships. Career, health and so much more. Click here to find out about our custom online reports 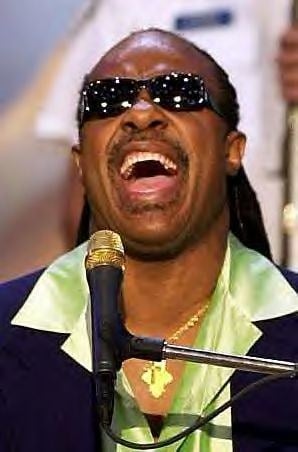 4 thoughts on “Characteristics of the Earth Tiger”

Dog – April 2020 Chinese Animal Predictions The Dog can benefit from strong luck in April and would be wise to use their time constructively by diving into their work and tasks around the home. The Dog can get a lot done in April once they have taken the first step. Have a safe and […]

The Monkey can benefit from good luck this month in their day to day life although they will need to remain alert that backstabbers and people conspiring against them could be present. If the Monkey is able to avoid backstabbing and arguments in June, they can enjoy a good month, We recently launched a range […]