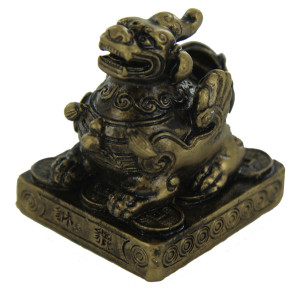 When someone asks you what is Feng Shui, chances are that you mention Pi Yao along with the many other Cures and Enhancers when you are trying to explain how Feng Shui works; the reason to this is because the Pi Yao is one of the most popular Feng Shui Cures that exists along with the Buddha, Dragon, Fu Dogs and more.

The Pi Yao goes by different names such as Pi Xiu (earthly form) or Pi Kan (Water form) and is recognised as a very powerful Cure and Enhancer all around the world. The Pi Yao can be quite confusing to explain to some people as it looks similar to a small dragon but with wings and when understood, you will realise that the Pi Yao offers protection and auspicious luck and is also known as the lottery god as many believe by placing lottery cards under him will bring good luck. 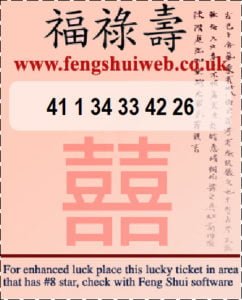 Our Academy of Feng Shui Software has a lucky lottery number generator which picks numbers based on your Sheng Chi numbers. We have had endless reviews from clients who have had good money come in from using this method. If you know your personal Sheng Chi directions, you should place these under your Pi Yao or maybe take a look at our software here by clicking this link.

The Pi Yao is one the most popular symbols used in Feng Shui and recommended by virtually all Feng Shui Masters. It is the ninth son of the Heavenly Dragon and has different names as shown above. Pi Yao lives in heaven and they are best shown sitting on Chinese coins to signify your fortune being protected, making it a powerful wealth and luck enhancer.

The history of the Pi Yao dates very far back when he broke a heavenly law and the Jade Emperor punished him by feeding him with only pieces of silver and gold and although it sounds a bit crude, his rear end was sealed which means the gold was entering him but could not leave. Metaphorically speaking, the translation of this is that when the Pi Yao is placed in a home or office, wealth is welcomed into the building and staying in the building. 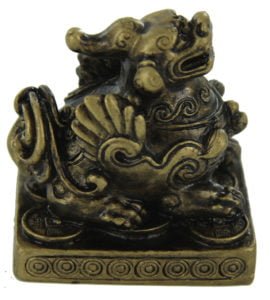 The Pi Yao is one of the most powerful cures for protection that you can use in Feng Shui and is also a powerful enhancer but also for protection against legal problems, arguments, disputes and loss of wealth and to appease the Grand Duke (Tai Sui) which sits in the northest in 2021.

The Pi Yao has been referred to as the Tai Sui’s pet as it always faces the area where Tai Sui is present for the year sitting in the opposite direction to appease Tai Sui and in 2021, the Pi Yao should sit in the southwest and face the northeast.

The most popular Cure used in big corporations has always been a pair of Fu Dogs although, in more recent times, many big corporations and smaller businesses have started placing a large Pi Yao outside companies such as banks, casinos and other businesses that handle high volumes of money. You have to be careful when placing Pi Yao’s as one of the most important aspects of this cure is the overall size of the Pi Yao; in traditional Feng Shui you have auspicious and inauspicious measurements and the entire measurement should fall within a Chai sector which is approximately between 0 – 55mm and this Pi Yao is nicely sited within 50mm (Chai) which is said to bring wealth creation and protection and said to bring six types of good fortune.

In traditional authentic Feng Shui measurement is so very important and even a few more millimetres on a Pi Yao would take the sector into Pi which is said to bring legal problems with government and loss of wealth. Our Feng Shui software has all the measurements built into it and it is something we have personally used with great results for many years. With size being so important, we make sure that every Pi Yao that we sell falls in line with an auspicious measurement which is very often overlooked with many Feng Shui suppliers.

The Pi Yao provides a minimum of six blessings as follows: 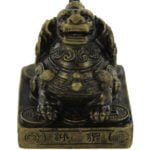 I was sent the following story on our Facebook page from a lady who found a Pi Yao in a second-hand store and after cleansing the Pi Yao, gave it to her friend; you’ll be amazed by the power that even a second hand Pi Yao holds.

I have a little story about a Pi Yao I found and bought from a 2hand store. I was in looking for a nice glass jug, when all of a sudden I saw this little figurine in a corner, at first I thought it was one of the temple lions and thought, what a pity it had lost its mate. But looking closer I realised it was not one of the lions, it was a Pi Yao, but not in a version I had ever seen before. I then remembered a friend of mine being intrigued by the story of the Pi Yao. So I looked at him and said: “would you like to have a new owner? because I know just the person who will love and honour you to your Heart’s content”. It felt so right to buy him, I cleaned him by putting him out in the light of the full moon and also standing in bright sunlight. and two days later he was given as a birthday present to my friend…And has he brought happiness and luck to her 🙂 She wanted to build an extension to her house for years, but the bank didn’t really want to support her, but all of a sudden there was no problem. and several other things in her life just sorted themselves out without much effort…So last month she looked around in her lovely new and spacious livingroom and said” look how much has happened, so many good things this year, and it all came about after he moved in with me” she said and pointed at her Pi Yao. 🙂

We are more than happy to share our content; all you need to do is give us credit for our hard work and a link back to our website.  You can download and save a printer-friendly PDF file that can be emailed or use any of the vast amount of share button son the website, the more you share the better the Karma…!

Snake – September 2020 Chinese Animal Predictions The Snakes is looking to have a great month in September and should find that their finances allow them to do a lot more this month. It is wise that the Snake does not overspend and instead, puts their money to good use as this will allow them […]

Rate this post Hi everyone, Just a quick blog post to let you know that we have just sent out the September 2013 Feng Shui Store Newsletter. You can read the September newsletter by clicking on the link below. I hope you all enjoy reading and if you are not yet subscribed, you can click on […]