This testimonial (one of thousands received over the years) was kindly sent in August 2003 following a Feng Shui consultation in June 2002 by Michael Hanna. This stunning property is a extremely large listed Tudor and Jacobean manor house, set in a large garden and surrounded by 400 acres of farmland and vast stables and offices. The magnificent walled gardens date back to the 17th century.

Although the property is absolutely outstanding, in Feng Shui terms it was very hard to work with, hundreds of beams in the ceilings and walls, vaulted ceilings, nooks and crannies all over the place. The consultation was done for the main building as shown below and also a separate office building located some 80 feet away from main house, as with all our consultations we take a holistic approach and focus on health, wealth, business, education, romance, relationships, children and every other aspect.

Over the years we have built an enviable client base ranging from Princess’s, Ladies and Lords, Sir’s, Count and Countess’s, Doctors, some very famous clients and companies. We have consulted on Manor houses, Mansions, flats, apartments, studio’s, mobile homes, homes in Mayfair London, USA, Japan, Australia, Germany, Spain, Belgium, France, Hong Kong, Malaysia, companies employing thousands of staff, small and large restaurants, factories, art galleries, fashion houses, hairdressers, financial houses, brokers and even a fish & chip shop. Our consultations are not just for the privileged though; they are priced so all can benefit from them.

Please be aware of the ‘new age’ type of practitioner who will have you ringing bells, singing mantras, saying prayers and buying hundreds of pounds worth of cures. This is not real Feng Shui and is frowned upon in China. Traditional Feng Shui is a science and art that takes many years to master.

A true measure of our success and knowledge is the fact that we are ‘consultants to other Feng Shui consultants’. As well as busy Practitioners we also run a school teaching traditional Feng Shui to students and other practitioners from all over the world. 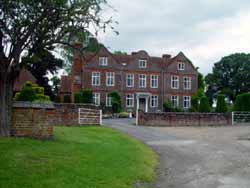 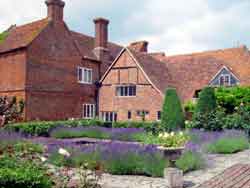 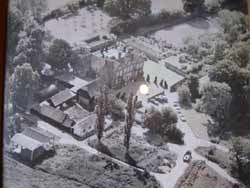 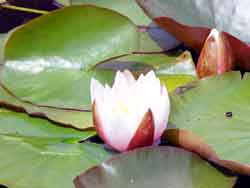 Sent by Oliver Tangye August 2003 (Consultation was done in June 2002). We never give out our client’s personal details unless they have expressed a desire to share their results with others as this client has done.

Your arrival was awaited with much excitement although a feeling of anxiousness had crept over me by the time the event was upon us. ‘Others’ in the house had voiced their scepticism towards the prospect of some new age ‘zen’ dude with designer facial hair (As seen on TV) converting our crumbly old house into something for the equally new age arm chair sports fan! Gramps, a veteran of the Second World War and unable to watch TV had made an obvious conclusion and even now refers to “your Jap fellow”. Personally, as I was the one parting with the bread and honey, I was simply worried the whole thing would be a load of old rubbish!

Although rather late, you soon got on with the task in hand and somewhat cunningly won over the doubters by enlisting our help with the survey, even allowing my sister and I the chance to ‘have a go’ and to witness the changes taking place. Everybody was most impressed and very much looked forward to receiving your report in order to implement your recommendations.

Once received your suggested cures for the house were put in place within a few days. The effect was almost immediate. From being a tense and stressful place, the general feeling in the house was uplifted to a much more friendly and relaxed environment. However, the most significant change was to my health. For the 18 months prior to your visit I had suffered from a severe allergy reaction in my eyes causing them to almost glow red. My local GP had prescribed all manner of eye drops, anti-histamines and antibiotics with no success. Within a few hours of installing the water feature in the NE the allergy had gone, quite literally without trace. AMAZING.

The recommended changes to the office weren’t implemented until September but ever since I’ve found all my work coming through recommendations from previous and existing customers. For the first time since I started this business I’m having to turn people away. Also in December I started seeing a girl whom I’d known for years. It just happened and for a couple of months neither of us could quite believe we were together. What’s more, it’s the most stable, romantic and emotionally rewarding relationship I’ve ever had and I know we’ll be together for a long time.

Unfortunately we still haven’t got around to balancing the rest of the house but we are making progress and the clearing of the front pond is planned for next year. When completed I know it will make another huge difference but, as stated above, the results so far have been very positive!

Many, many thanks again.

Hi everyone, I hope you are all well and are enjoying your day. Here is the Free Feng Shui Tong Shu Almanac for Tuesday 5th November 2013. Wishing you all a great day, Daniel How to use the Tong Shu Almanac 28 constellations -This is a powerful date selection method giving fortunate and avoidable tasks on […]