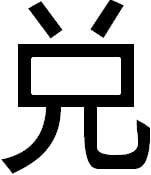 The 7 red star has a negative influence in Period 8 and can bring a lot of problems to homes and offices around the world in 2017 if not treated carefully. The trigram Tui is also known as ‘Broken Soldier’. This is a fighting star. When combined with another untimely star, its negative nature denotes assault, deceit, violence and robbery. This year 2017 it falls into the earth element of the southwest which is actually quite nice and we can turn bad into good here with the following advice so please read this carefully and implement the appropriate cures and enhancers before the start of the year.

Whilst some good will come from this star the #7 Red still portends a high risk of burglary, deception, copyright theft, gossip and back stabbing especially in the months of February, April and May.

If you have a door in the southwest or even a window you should be looking to update security, smoke alarms and checking electrics.

An essential cure and enhancer for the southwest in 2017, year of the Rooster is the Ba Bao eight treasure coins in circle Amulet which are tied together with red ribbon and strung in a circle together and hold very strong power to attract new wealth in your home or office and can help to strengthen and protect existing wealth in your home and business if placed in the southwest in 2017 as the shape of this cure is a metal shape and helps to appease the #7 water star in 2017. This year, we have included the Ba Bao eight treasure coins in circle Amulet as standard in all of our annual cures and enhancers kits.

You should also a hang a Ba Gua mirror with a Chinese i-ching coin on the rear for added protection in 2017 but only do so if you have a main door in the southwest. 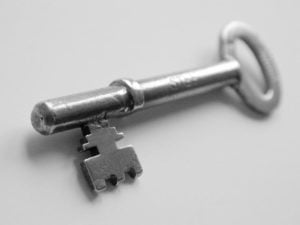 As I have said before, please take extra security measures and this is especially the case if you have a front, back or side door in the southwest sector in 2017. Make sure doors and windows are fastened securely before leaving the house. Do not display valuable items on windowsills, which may attract the interests of passers-by.

It pays to be wise this year and avoid taking too many risks for there may be unscrupulous people working against you. There are indications of misunderstandings, pressure and business rivalries that could also lead to losses.

Another extremely powerful cure for the southwest in 2017 is the San zhong three bell chime and you should place one of these exceptional cures in this area (southwest) of your home or office to avoid problems. This really is one of the most protective cures you can use and is also a very powerful enhancer for protection against legal problems, arguments, disputes and loss of wealth in 2017.

The best remedy is to stay away from this sector or try to use it less frequently although this is usually easier said than done. If you cannot avoid using this room, you should use more blue in your decoration. Do not use anything of fire element or colours red to control it as this may aggravate it and don’t forget that the negative influence of the monthly stars are usually of the earth elements. 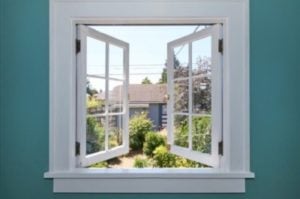 The best advice that I can give is to make sure that you check or install smoke alarms, check electrics and check the security of windows and doors in the southwest.

If you have an office or door in the southwest be careful of people trying to deceive you, robbery, arguments and loss of wealth, always look at the very small print and be careful as this star normally causes problems with people you know and thought you could trust. This applies to a lot of the Chinese Animals this year for more information on this, take a look at the 2017 Chinese Animal Predictions page here or consider our 2017 Feng Shui Guide

Rate this post Hi everyone, I hope you are all well. Here is the Free Feng Shui Tong Shu Almanac for Wednesday 7th September 2016. Wishing you a great day, Daniel How to use the Tong Shu Almanac  28 constellations -This is a powerful date selection method giving fortunate and avoidable tasks on a daily basis. […]

Rooster – June 2021 Chinese Animal Predictions The Rooster is looking to have a great time in June and should find that they are able to enjoy what the month brings their way. The Roosters career and finances are looking especially promising in June and they should try to dedicate time to work on their […]

Rate this post Hi everyone, I hope you are all well and are enjoying your day. Here is the Free Feng Shui Tong Shu Almanac for Thursday 11th December 2014. Wishing you all a great day, Daniel How to use the Tong Shu Almanac 28 constellations -This is a powerful date selection method giving fortunate and avoidable […]