How to make the most of the year of the Yin Water Rabbit (Gui Mao) with the 2023 Feng Shui Cures & Enhancers kits. 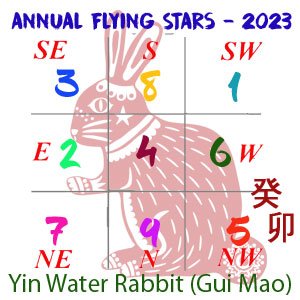 Those born in the year of the Rooster could be affected by the conflicting influences of the year of the Yin Water Rabbit. Although the Rooster is the conflict animal of the Rabbit year, those born in the year of the Rabbit should be aware of potential difficulties they may encounter during the year and take extra care in whatever they do without taking unnecessary risks in all aspects of their life. Regardless, if you follow the advice here you can avoid many problems and enjoy a great 2023 in our opinion so do not panic.

It should be noted that there are five different types of each Chinese Animal (fire, water, wood, earth, metal) which depends on the year you were born and each different animal will have different predictions for the year ahead; you can find out more about this in our 2023 Feng Shui guide which should be released in November 2022 so please be sure to check back on this page.

The degree of this influence varies from one person to another. One of the major considerations is the heavenly stem of the year in which one was born so if you were born in 1932 or 1992 which would be a Water Monkey, the year will not be bad at all.

Holidays and observances in China in 2023

Amongst these official holidays are four traditional Chinese holidays, which is always subject to the lunar calendar. The double third festival is on April 22nd 2023 although this is only celebrated by Zhuang Nationality in Guangxi Zhuang Autonomous Region.

Although the solar (Hsia) calendar commences the New Year at the beginning of Spring, which usually falls between the 3rd and 4th of February, the lunar (Yueh) calendar marks the New Year on the second new moon after the winter solstice.  Celebrations and festivities for the Chinese New Year are held on this date. In 2023, the Lunar Chinese New Year, also known as the ‘Spring Festival,’ falls on the 22nd of January 2023. 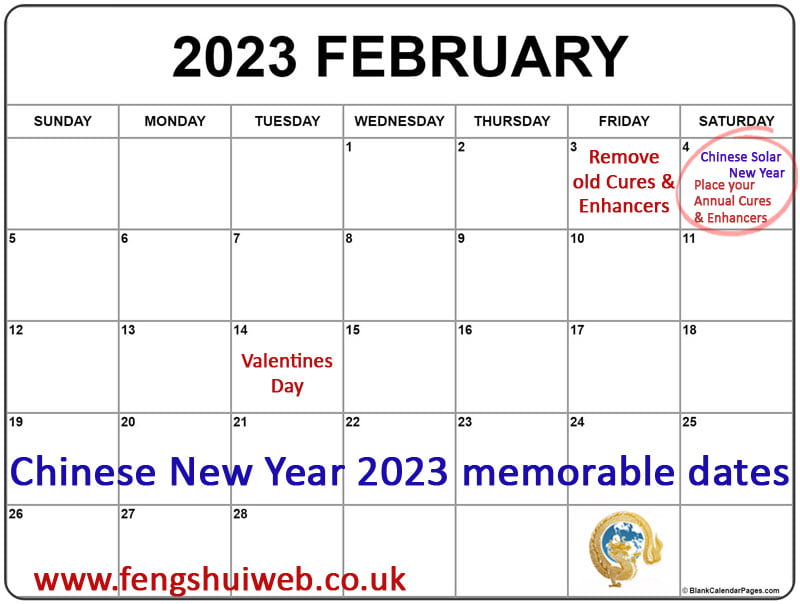 Snake – December 2017 Chinese Animal Predictions The Snake may find themselves meeting someone significant in December which could turn in to a special relationship although they need to avoid rushing in to anything too quickly. This is a good time for the Snake to spend time with loved ones and family. Have a fantastic […]

Rate this post We would like to wish all of our friends a very happy 4th July from us at the Feng Shui Store and hope that you all have a fantastic independence day. Have a fantastic day everyone, Daniel Share358TweetEmailPin3

The Snake is looking to be a fabulous month for the Snake with a lot of promise, especially where financial matters are concerned. The Snake can really enjoy what this month has to offer and can accomplish some personal goals. Have a fantastic month. We recently launched a range of Gold plated Chinese Animal Protection […]